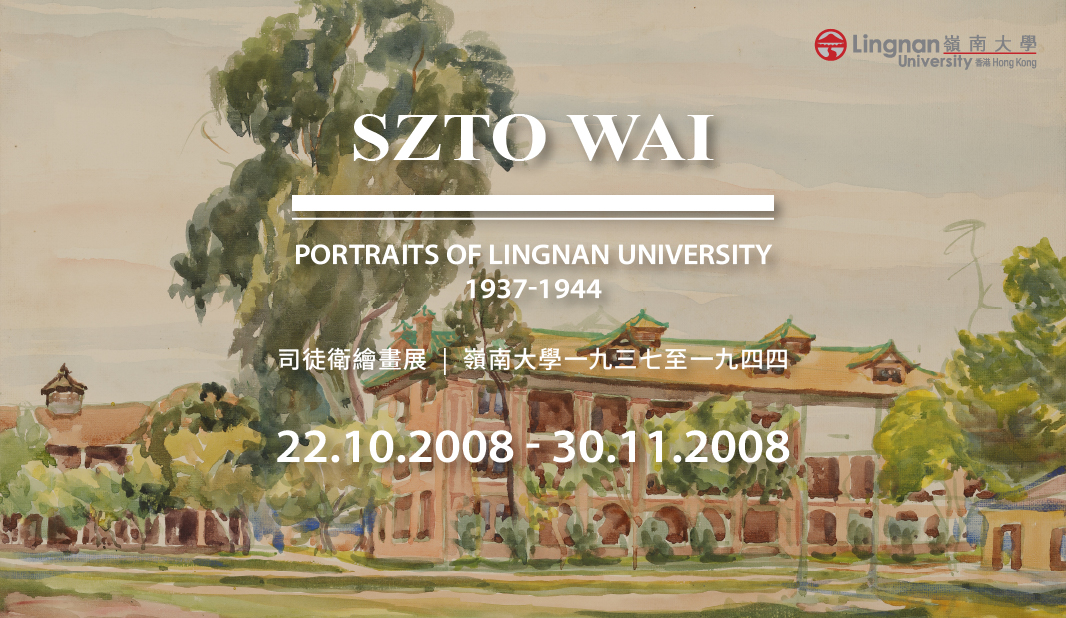 Paintings exhibited at the Lingnan University library in 2008.

The works by Mr Szto on display represent only part of the over 200 paintings donated to the University by the Lingnan Foundation Trustees based in New York. In her officiating speech as Chairman of the Foundation, Dr Shirley Mow said that she hoped the works would allow faculty, students, alumni and other visitors to gain a better understanding of the spirit of the University. The donation was made to mark the 120th anniversary of the founding of Lingnan University in Guangzhou, and the 41st anniversary of the re-establishment of Lingnan University in Hong Kong. 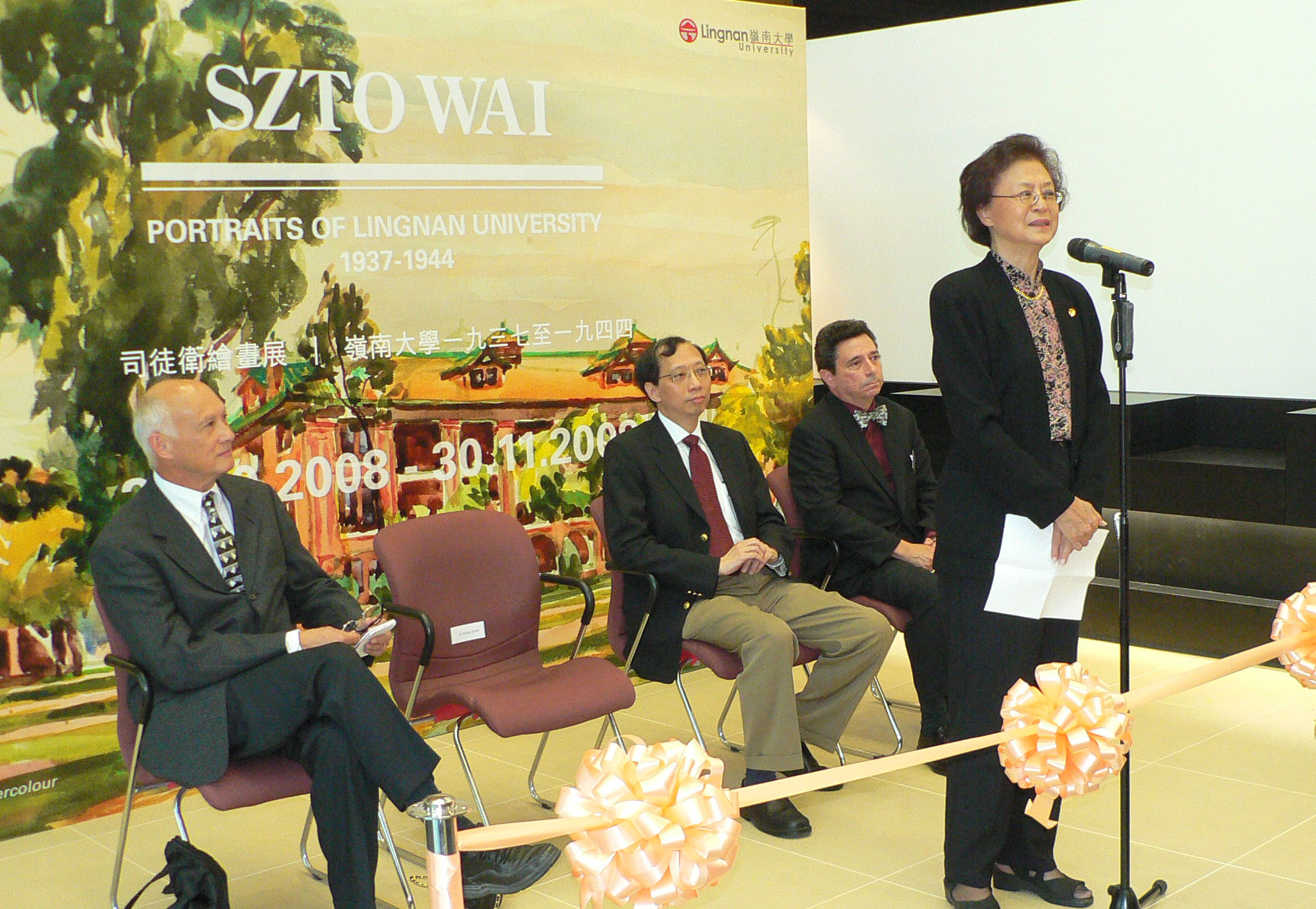 At the opening ceremony on 22nd October 2008, President Chan Yuk-Shee expressed gratitude to the Lingnan Foundation Trustees, especially to Chairman Dr Mow and member Dr Edward Rhoads for making the donation possible. President Chan added that the paintings are of great historical significance to the Lingnan tradition, and will greatly enrich the University’s collection.

Mr Szto Wai was a zealous educator, and served as Principal of the Lingnan Primary School that he founded. All his life he was passionate about the arts, especially painting. His works, mainly watercolours of Lingnan University in Guangzhou, are elegant and lively portraits of campus architecture and people in the 1930s and 1940s. Each work is a reflection of Lingnan’s history and culture.